We are excited to introduce our newest

ACT for Youth staff member, Vanessa Amankwaa. Vanessa recently graduated from Cornell University with a B.S. in Development Sociology, Distinction in Research, having minored in both Global Health and Human Development. Her research honors thesis focused on disparities in drug sentencing between the crack cocaine epidemic of the 1980s and 1990s and the current opioid epidemic. Vanessa has also spent time conducting research and health promotion in Tanzania, working with HIV positive women, among others. Originally from the Bronx, she is nevertheless prepared for Ithaca winters thanks to her years at Cornell!

Vanessa is a member of the evaluation team, and much of her effort will be concentrated there. She is also taking over some of Amy’s previous administrative responsibilities. (Never fear, Amy is still with ACT for Youth, but she has taken on some new responsibilities with another research project here at Cornell.) Vanessa will now be your point of contact for training registration, so you will be hearing from her now and then.  She can be reached at vka22@cornell.edu or 607-255-8790.

Please join me in welcoming Vanessa to the ACT team! 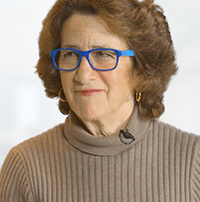