We’re excited about how well people have taken to the Online Reporting System (ORS)! At the same time, we know there’s a learning curve, and we’ve been seeing some errors come through. That’s why we ask you to review cycles before you press the “submit” button. To help with the review process, we’ve put together a brief presentation, which you can find here on the ACT for Youth website:

Reviewing Cycles Before Submitting Them into the Online Reporting System (MP4 presentation — we recommend using Firefox, Chrome, or Safari to view)

Regardless of how you are handling cycle review at your organization, the following things should always be checked (and fixed if need be) before submitting the cycle:

Most mistakes you can fix right on the “Review & submit cycle” page. A few things, such as deleting a blank session or blank participant, will need to be changed on the “Revise existing cycle / participants” page.

Adding this final check to your routine will keep your data accurate – and you won’t have to deal with our follow-up calls!

In the future you can find the presentation and slides right on the Online Reporting System information page. 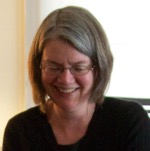